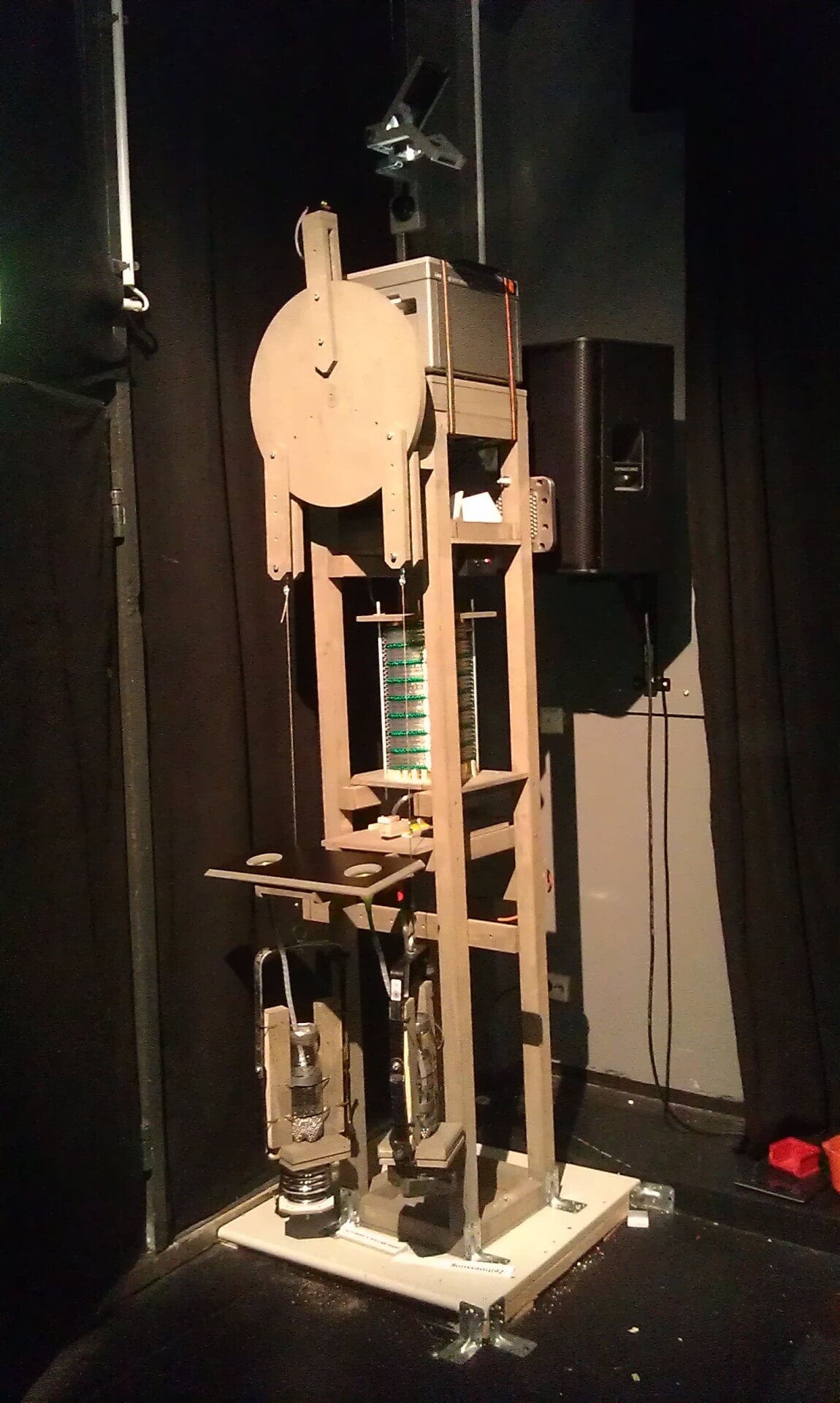 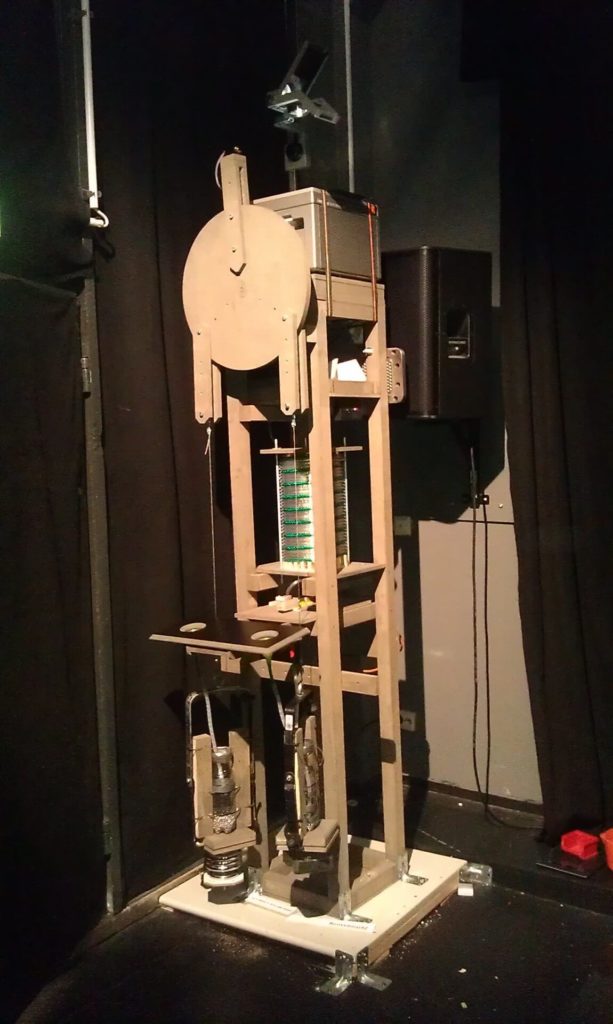 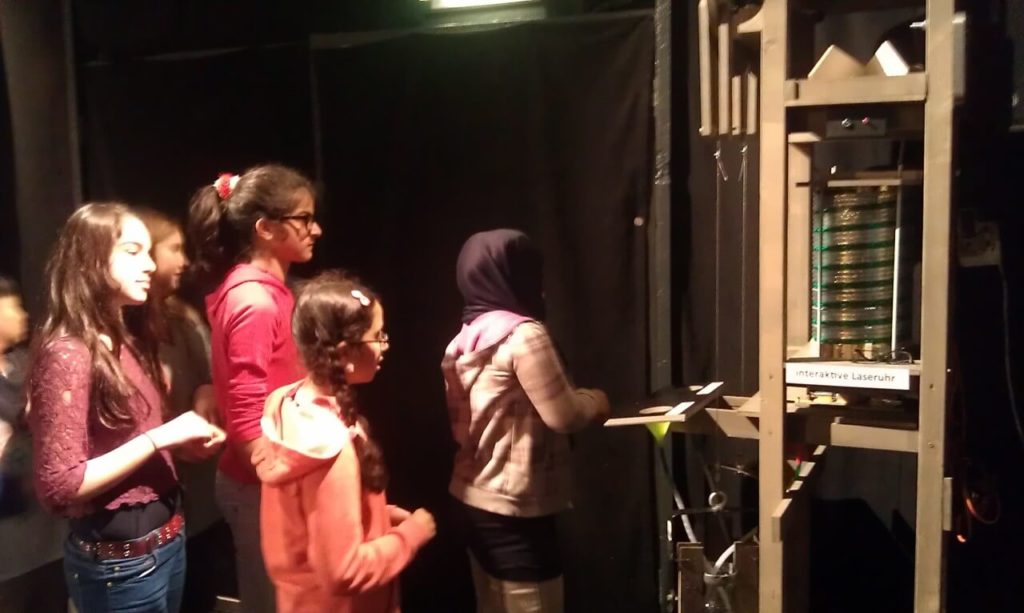 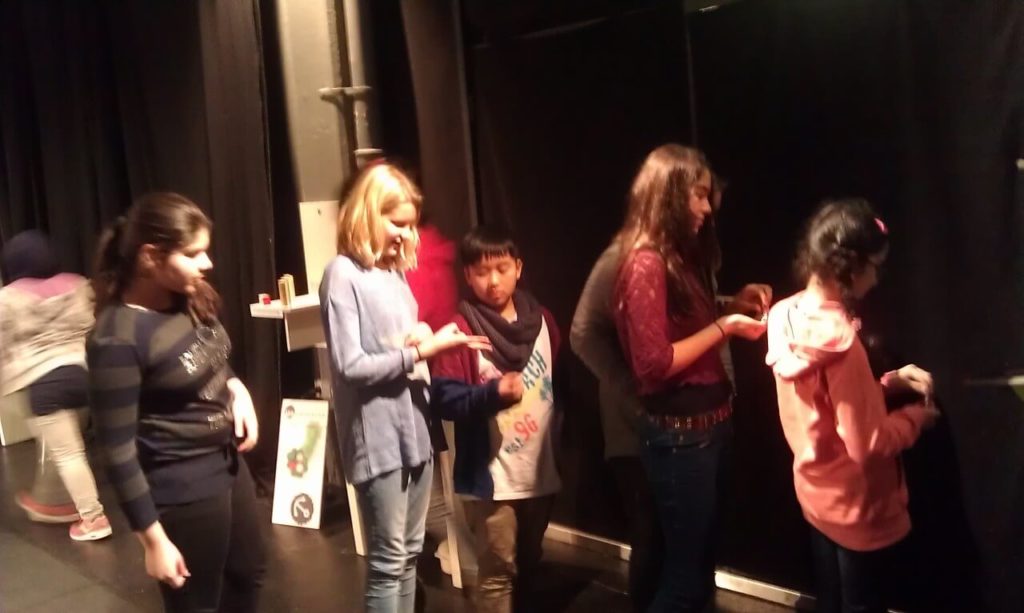 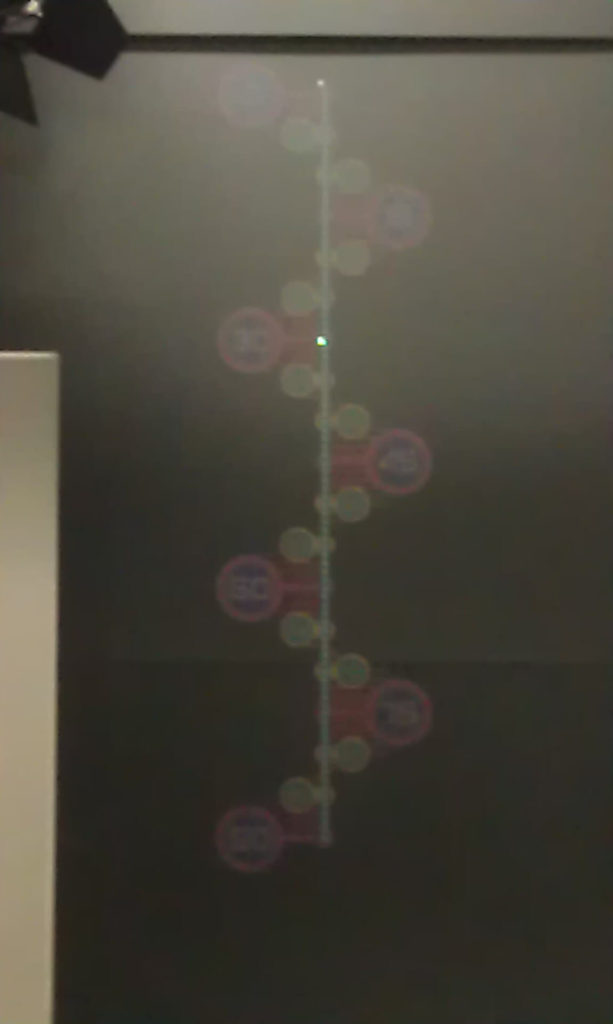 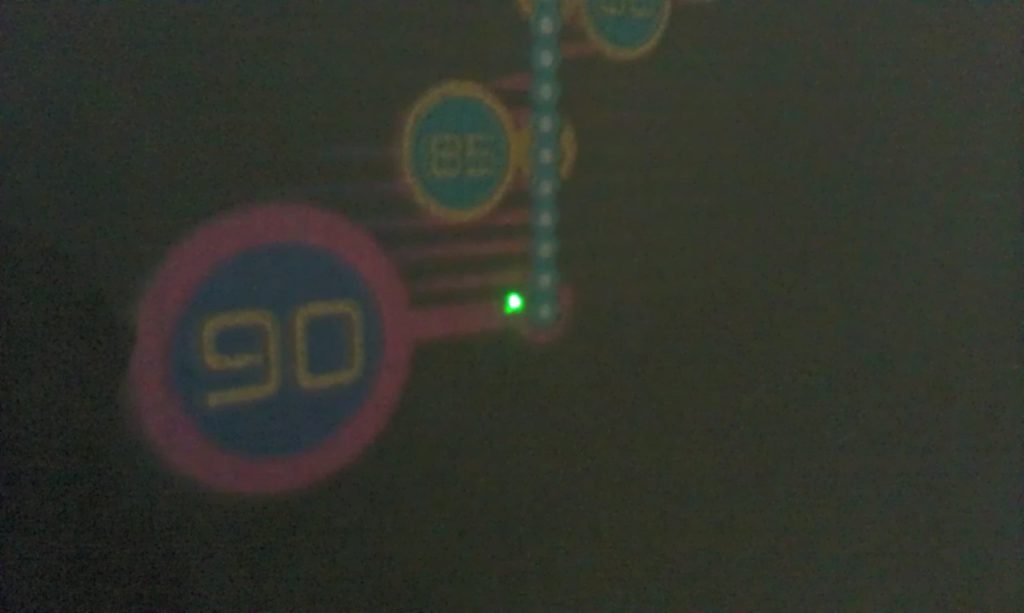 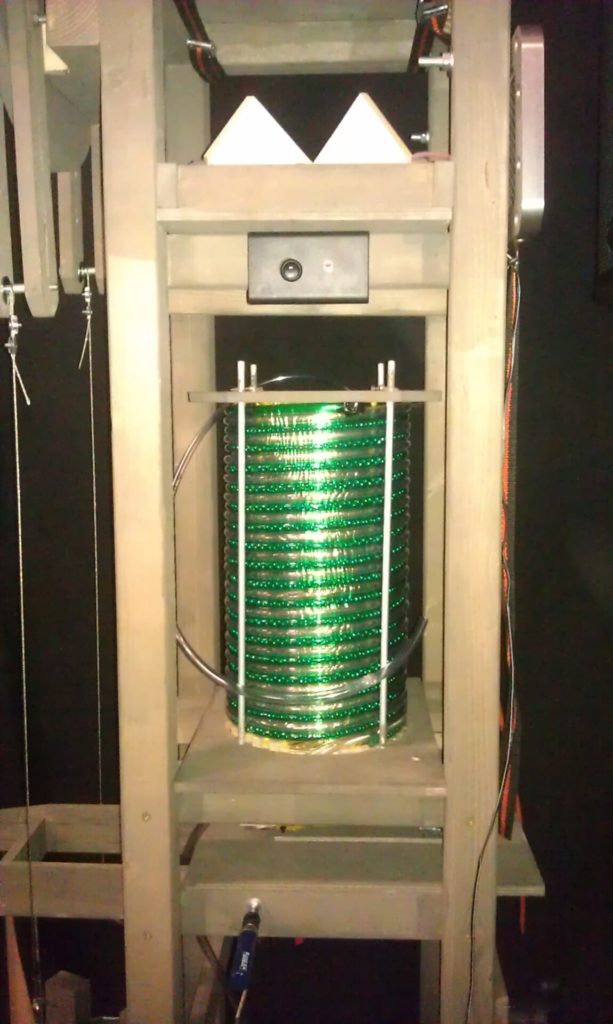 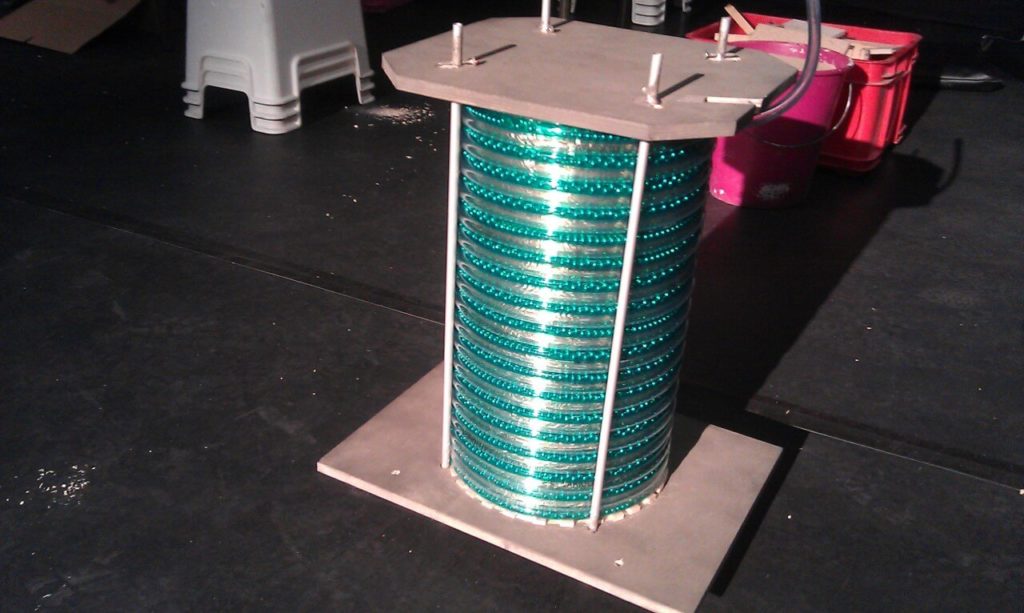 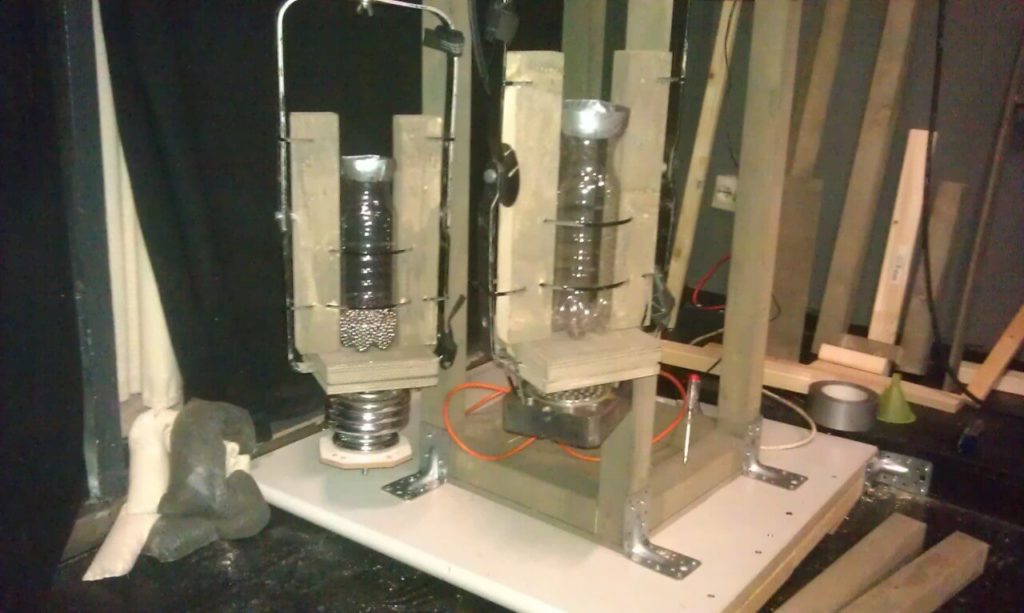 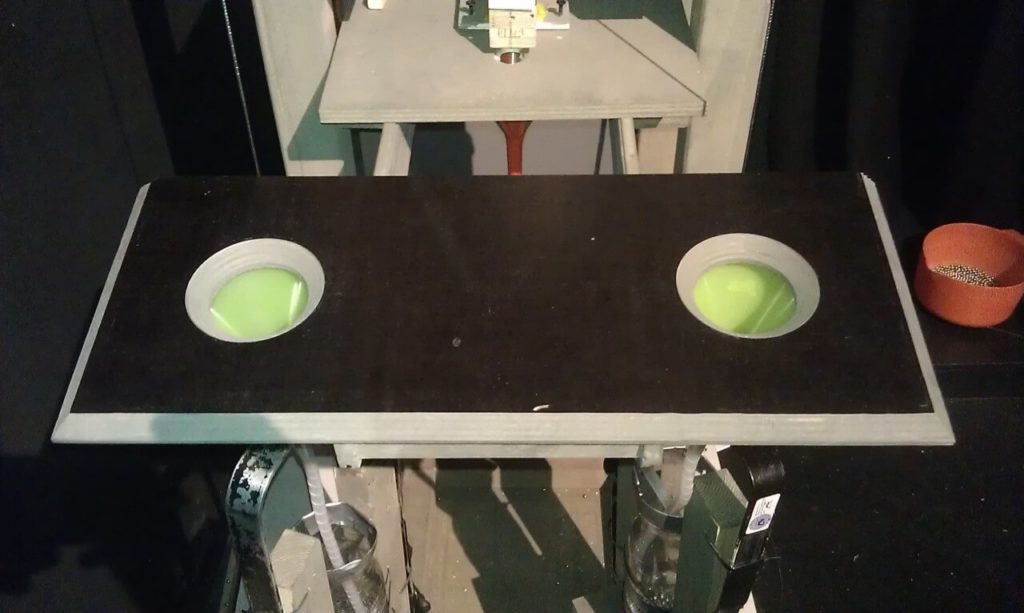 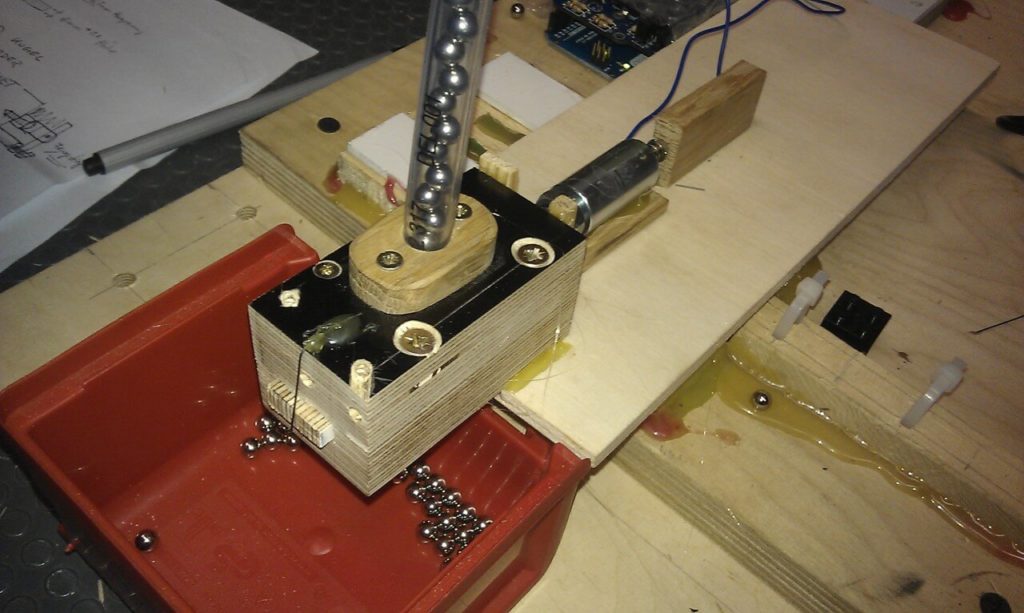 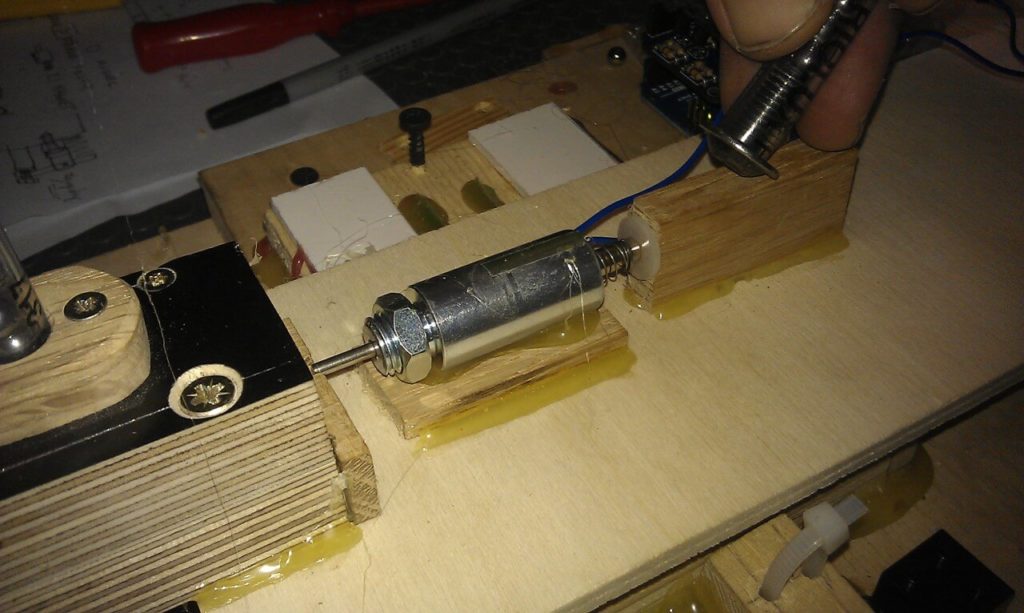 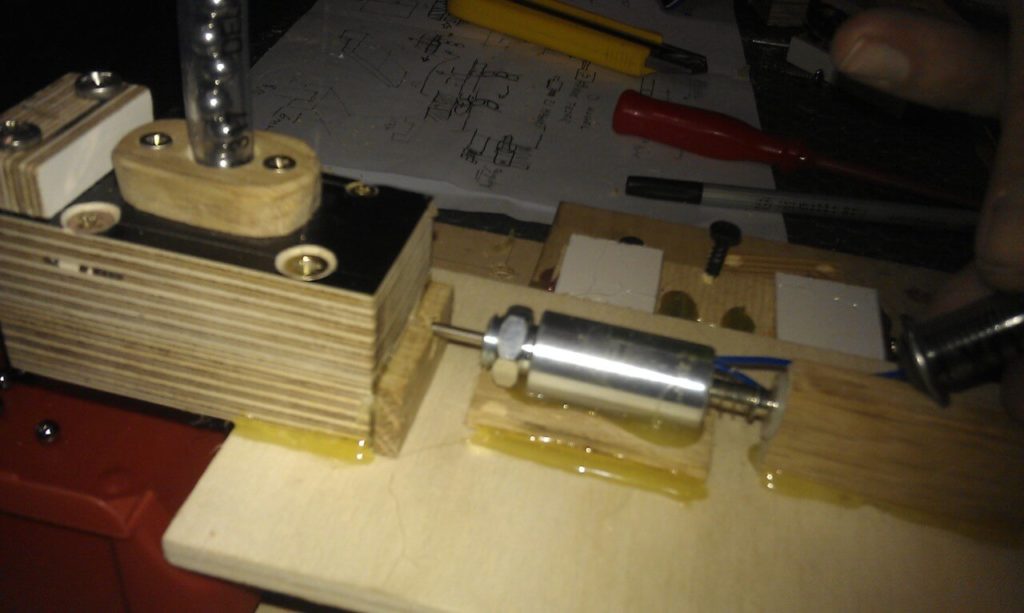 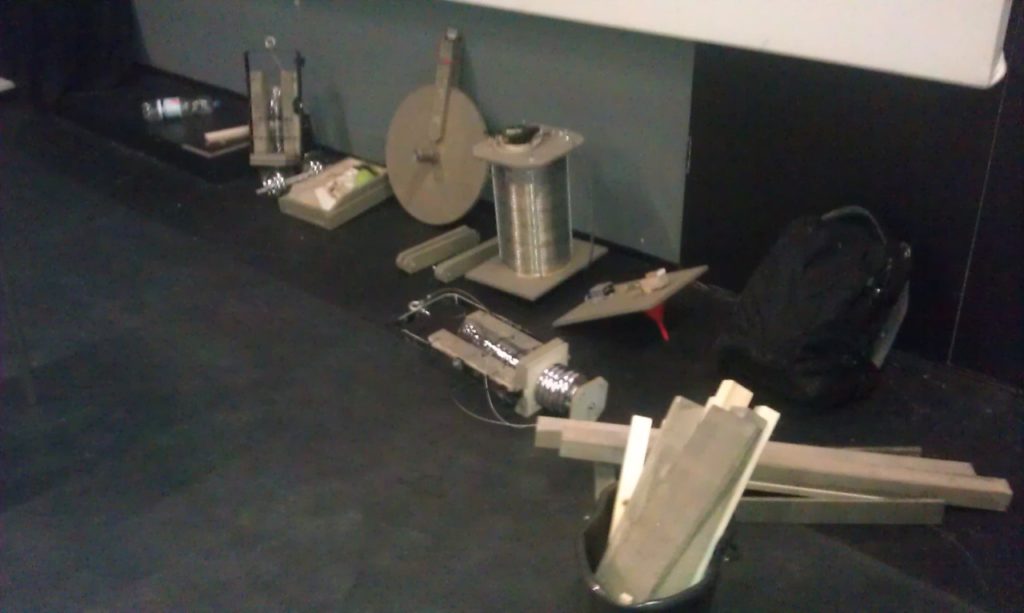 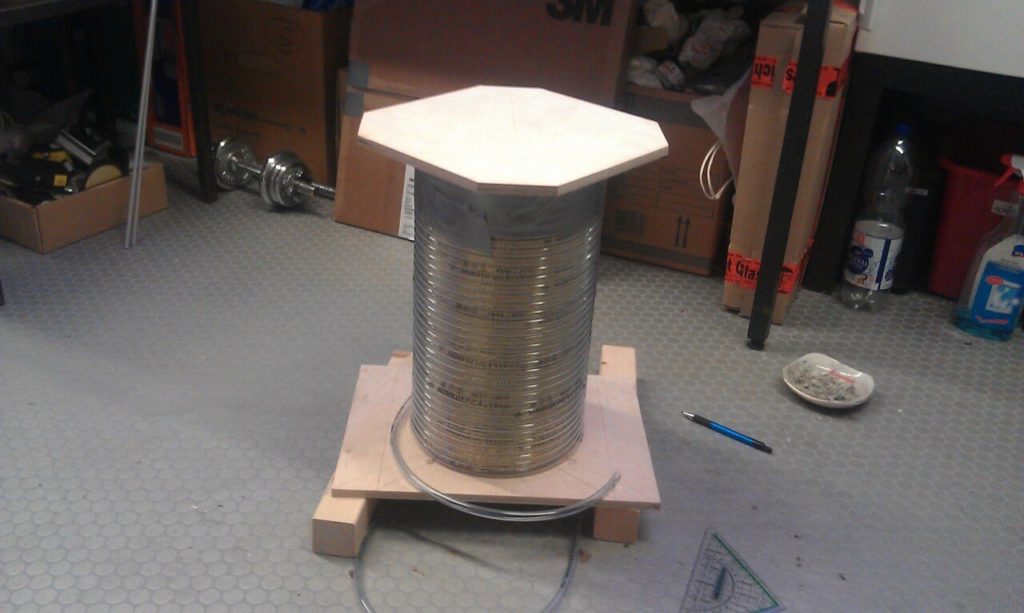 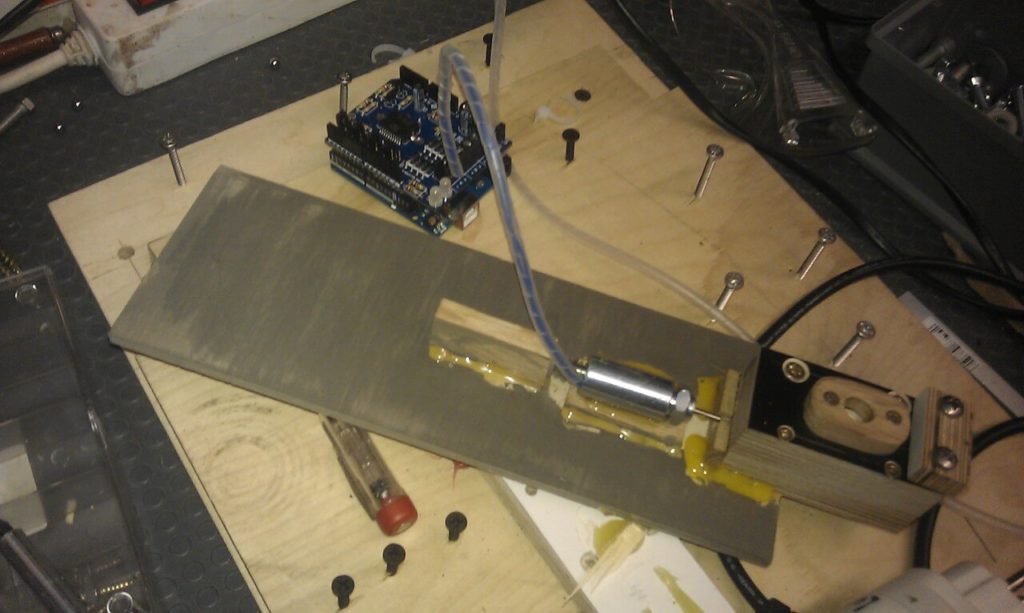 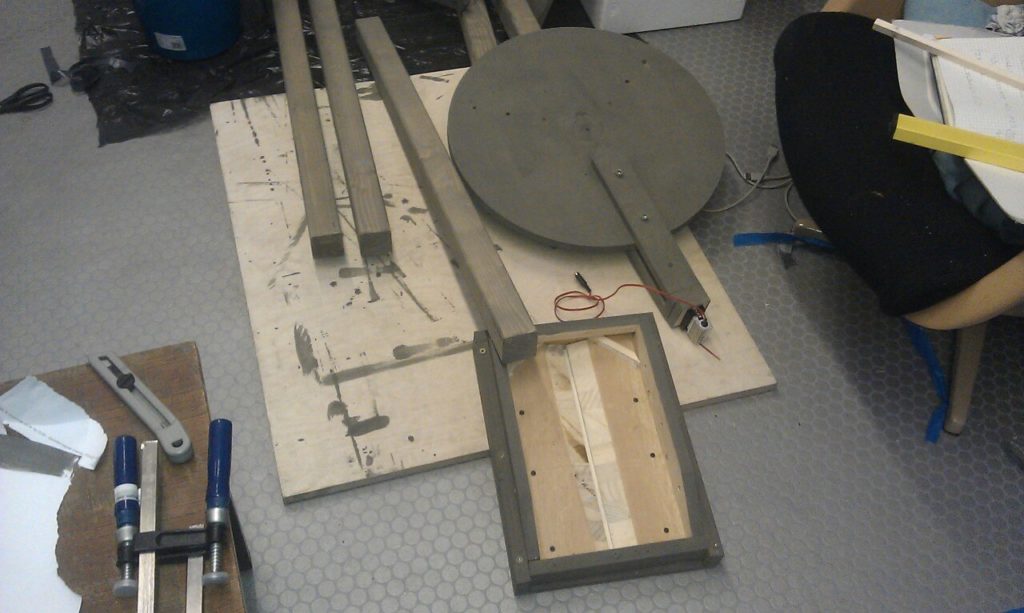 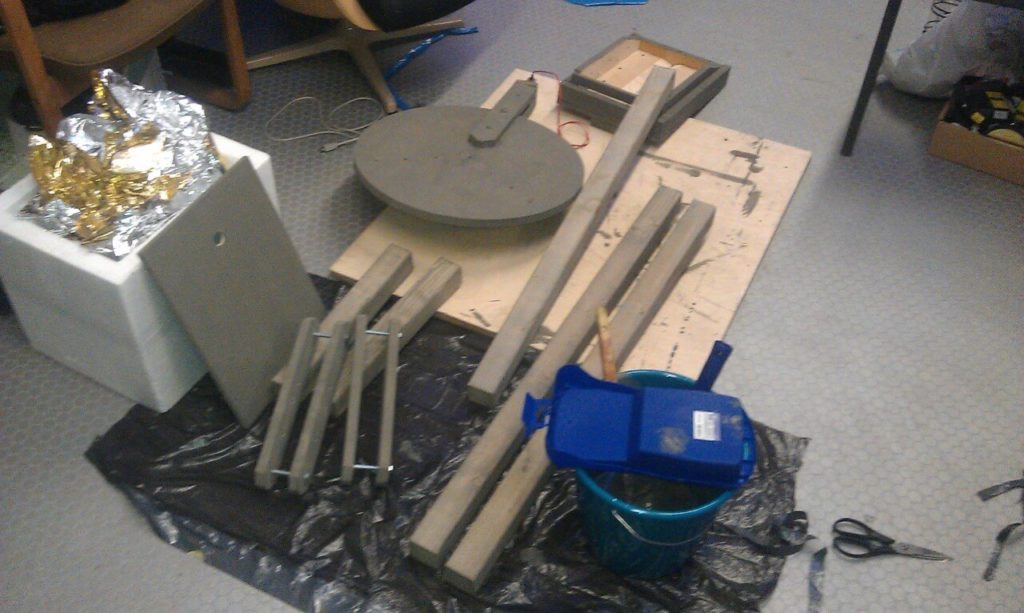 Final installed Laser Clock – details of the temporal manipulation board, the sphere-weights, the sphere reservoir, setup, laser and projected display on the other side of the room. Finally, the whole new apparatus and the kids feeding their spheres into the clock and thereby manipulating time!

And an follow-up installation from the first linear laser clock, now installed in a research theater for kids in Hamburg. See text in first laser clock entry for explanations.

This is a rather technical video demonstrating the various elements of the laser clock, namely the spiral shere memory, the arduino-controlled shere-release-mechanism, the sphere retaining vessels serving as weights in the in this scale-mechanism based machine. The feeding funnels can be used by kids to insert steel spheres an therefore add weight to one side of the scale, therefore accelerating or slowing the overall tilt rate of the scale – and bythat also the speed by which the laser wanders through the time scale projected on the wall! The timeframe was 70 minutes +- 20 minutes, every kid was handed a bag wit h8 steel spheres.
The kids loved it!

Some pics of the new and improved sphere-release mechanism, a cooperation with the quite ingenius Amaury Baumgärtner, who was of great help developing this new version of the laser clock. Some other parts and elements are pictured as well, pre-installation. 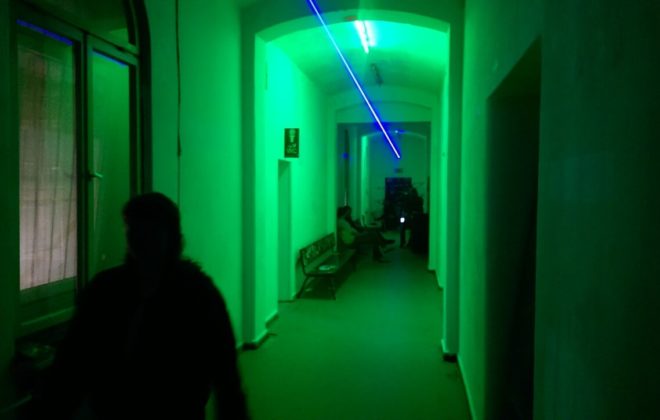 Some views of the new laser at the Frappant in operation. 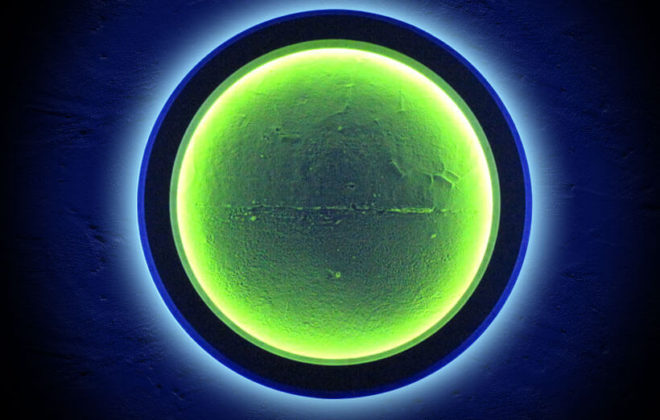 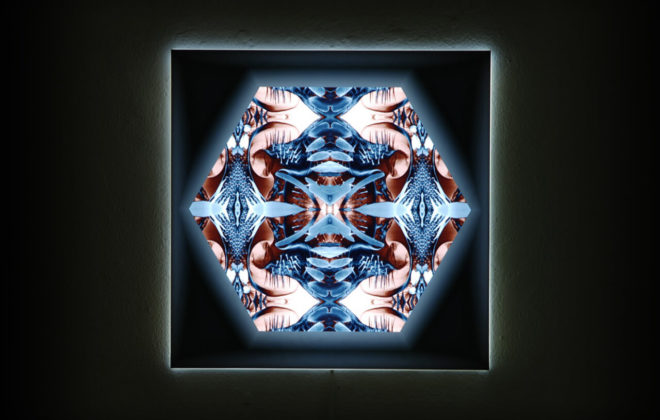 Contribution to the Exhibition “Algorithmus |Wald” at the Frappant April / May 2016. Frameless LED-Panel… 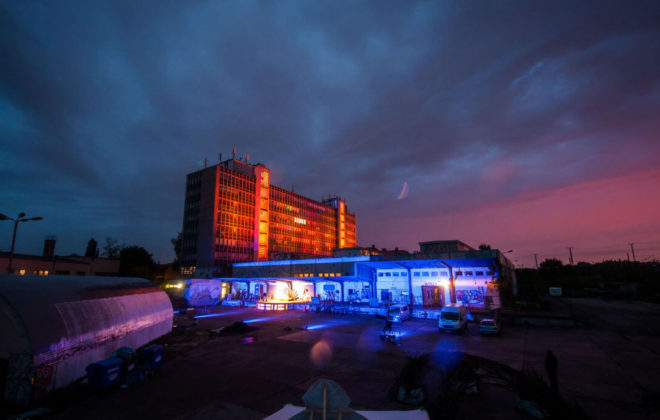